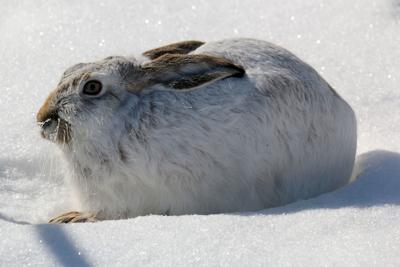 A white-tailed jackrabbit, pictured here in early March, has been frequenting the Miller Butte area of the National Elk Refuge. It’s the first verified sighting on the refuge in 56 years.

A hefty and exceedingly rare hare has been making its home near the base of Miller Butte for much of the winter.

On several occasions National Elk Refuge staff have spotted a winter-whitened, white-tailed jackrabbit, which is among the rarest native mammals in Jackson Hole.

“It’s been hunkered near the buildings and some of our equipment,” Elk Refuge spokeswoman Lori Iverson said.

Iverson, who has spotted and photographed the white jack, theorized that it might be hanging tight near the Elk Refuge’s autoshop at the base of Miller Butte’s north face to take shelter from predators, such as coyotes that frequent the nearby flats. The area is off-limits to the general public.

White-tailed jackrabbits rarely frequent the Elk Refuge. There have only been three verified occurrences ever, the last being 56 years ago, in 1963, though there was an uncomfirmed sighting scratched into Elk Refuge records in the winter of 1990-91.

“All the confirmed sightings have been in the winter,” Iverson said, “except for 1959, and that was in the summer.”

Diet analyses of coyotes and observations from settlers and biologists suggest that the species was commonplace in Jackson Hole through the first half of the 20th century.

In 20 years of traipsing around Jackson Hole as a nongame biologist for the Wyoming Game and Fish Department before retiring last fall, Susan Patla never stumbled upon a white-tailed jackrabbit, the largest of the valley’s three rabbit and hare species. The others are snowshoe hares, a big-footed inhabitant of conifer forests, and mountain cottontail, which like white-tailed jackrabbits predominantly dwell in sagebrush environments.

“I’ve seen them in Pinedale and Teton Valley,” Patla said, “but I didn’t see any in the direct Jackson Hole area.”

“They’re probably one of those animals that have microhabitat needs that we don’t really understand well,” she said.

A solitary species, white-tailed jackrabbits weigh in at a hefty 6 to 10 pounds, turn white in winter and can typically be found in open prairie-like environments. Their most important food source is sagebrush, according to guidebooks.

Although research relating to white-tailed jackrabbits is decidedly slim on the whole, there have been some local examinations. Former Teton Valley resident and conservation biologist Joel Berger took an interests in the animal’s decline around the turn of the century and convened a workshop about the issue. Berger published recommendations that emerged from the gathering of biologists in a 2006 technical report, “Where have all the rabbits gone?”

The paper postulates that Jackson Hole’s jackrabbits might have been a satellite population connected to more robust populations in the Gros Ventre and Green River drainages that eventually were extirpated. Severe winters, disease, predation, human persecution, habitation change, competition for food with ungulates and chance were all possible – though impossible to test after the fact – causes of the disappearance. Infrequent observations in modern times hint that neutral recolonization would be “unlikely to occur,” wrote Berger, who alluded to the possibility of reintorducing the lagomorphs to Grand Teton National Park.

In a 2004 News&Guide “Guest Shot,” Berger implored wildlife managers and scientists to get a grip on white white-tailed jackrabbits seem to have gone missing.

“Should we fail to cast our net widely, lack foresight that involves thinking beyond rabbits or grouse or pronghorn as individual species, and conduct business as usual instead of treating the well being of the sage-grass ecosystem in Jackson Hole in its entirety, we can be assured of one thing,” Berger wrote. “Our future will still include a park, its land and their inhabitants. But a new generation of visitors will inherit a system that is no longer as rich, as vibrant or dynamic as the one we have today.”

I know that Andred has little to do with this holiday, as far as evidence has come down to us of her existence (the only reason we know who She is, is, well, here). However, hares are a symbol of the season (in part because it looked like they reproduced asexually, but there’s also that whole “fucking like rabbits” thing and that rabbits are…prolific little bastards). 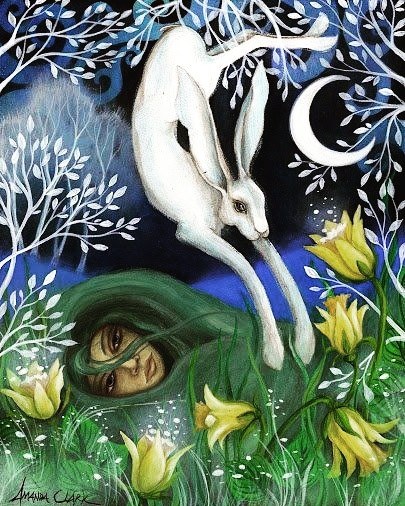 And then ran a google search and found some more: 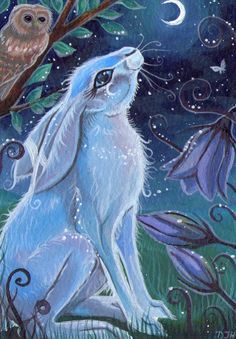 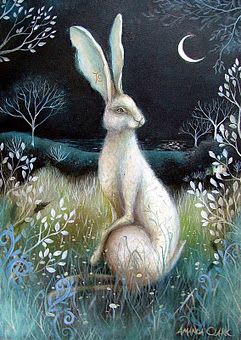 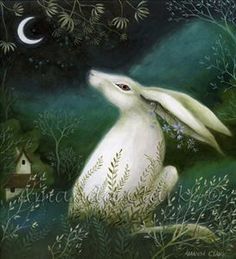 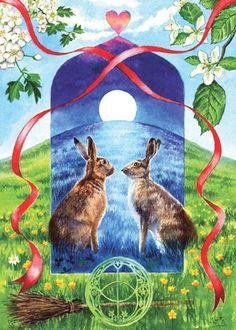 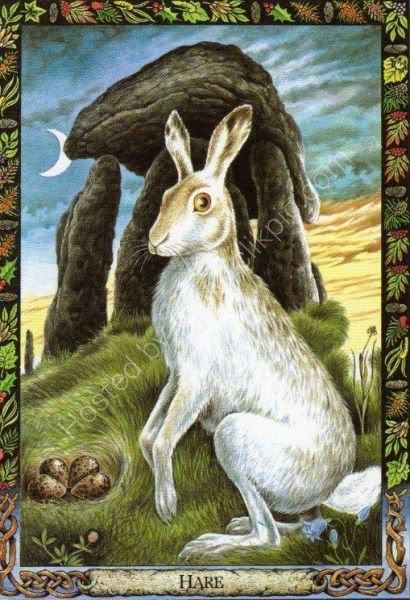 I wanted to share this video with you all because it mentions hares (YAY!) as fertility symbols who may or may not have been able to reproduce asexually, as part of the origin of the Easter Bunny

A jackalope is a local legend where I’m from, and is said to be a jackrabbit with the horns of a pronghorn or antelope. The name is a portmanteau of “jackrabbit” and “antelope”, though a jackrabbit is another name for a hare, and a pronghorn is actually a type of deer. They are said to be the product of male hares and female antelope, and only mate with each other during lightning strikes (and also that their horns get in the way during the process, which implies that the female of the species also possesses them). Also called “the warrior rabbit” (though once again, a jackrabbit is not actually a rabbit), they are known to charge at people and take their legs out from under them, and gore them with the horns.

Can be lured with whiskey, and are exceptional mimics of human voices, a skill they use to elude capture.

I bring all this up because jackalopes came up in therapy today as a means for me to help process some of my baggage. I associate them with Andred in a roundabout way through Her association with hares and the relatedness of hares and jackalopes, and so during session they became Her symbol and Her weapon against my abusers. In my head, they swarmed and attacked through overwhelming, primarily. I’m sure they left a bloody mess behind, but I wasn’t around long enough to see it. That wasn’t the point of the exercise. But it did help me see the relatedness of the two, and bring Andred and I closer.

I recently looked up “rabbit vs hare” cuz I thought they were just two names for the same creature. I was wrong.

This link lays out all the differences between hares and rabbits even though they look very alike. Andred Herself seems not to mind that I’ve gotten the two mixed up, but I wanted to make this post to alleviate any confusion going forward.

This requires me to pack up my altars, do something else with all my candles because I’m no longer allowed to burn them where I’m going, and then I will reestablish my altars in my new place of residence by the end of the week.

Until then, here is a hare: